Here is the list of the Turkey national team, which is aiming to make a breakthrough with a final line full of young stars.

Here is a page with all the information you need to know about the Turkey team for EURO 2020. 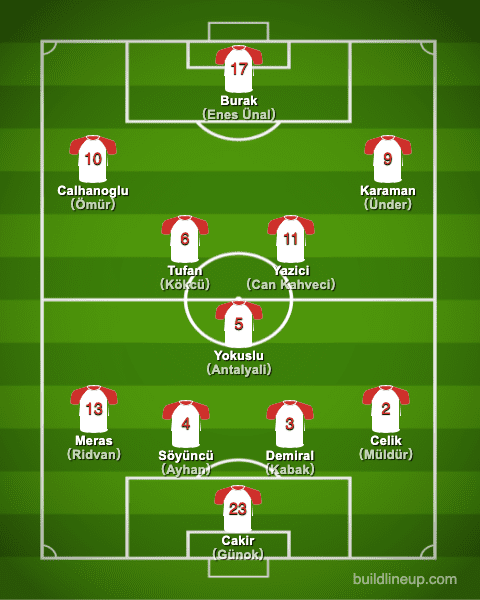 The axis of Turkey's greatest strong point, its defense.

He is a strong defender, and his build-up skills are consistently among the best in the Premier League, which is full of great players.

One of the best FK artists in the tournament

He is Turkey's greatest talent, leading the attack with his synonymous direct FKs and creativity.

At Milan, he worked well with Ibrahimovic to help the club qualify for the CL for the first time in eight seasons. He will go into the EURO tournament on a high note.

He is the second highest goal scorer in the history of the Turkish national team (29), behind the hero Hakan Şükür.

At the age of 35, he made his first overseas challenge with Lille, where he scored 16 goals and helped the team win the league championship. His decision-making ability is not rusty at all.

Most career appearances for Turkey

Most goals ever scored for Turkey