Here is the list of the Austrian national team, one of the surprise candidates for this year's tournament, with one of the best squads in history.

Here is a page with all the information you need to know about the Austria team for EURO 2020. 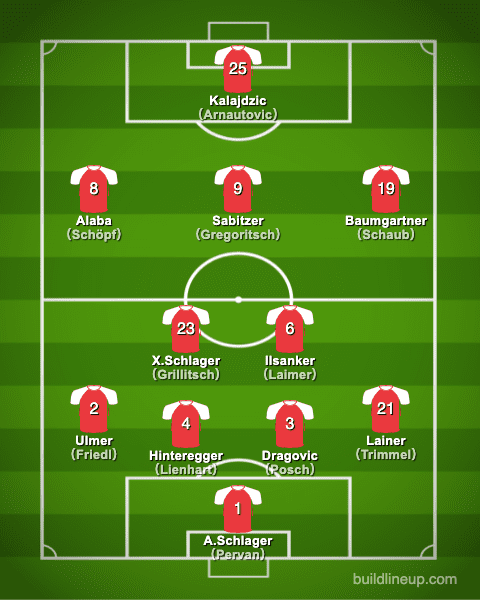 One of the best players in Austrian history

One of the best players in the history of Austria has said goodbye to Bayern, where he spent 12 years, and will join Real Madrid next season.

At club level, he mainly plays center back and side back, but for the national team, he mainly plays on the left side. Will he be able to fully demonstrate his attacking ability on the big stage?

The Bundesliga's most multi-talented player

He is a key man in the midfield who can break down the opponents' defenses with his diverse repertoire, including his bold moves, highly accurate midfield play, and his wide vision to create chances.

He is physically and mentally fit, having been named captain of his club, and if he can lead Austria to a breakthrough, he could be on his way to a mega club this summer.

The "Austrian Jan Koller" scored 16 goals in his first Bundesliga game this season to lead Stuttgart to survival.

He has scored three goals in five games for the national team, and is on the verge of taking over from Arnautovic as ace.

Most career appearances for Austria

Most goals ever scored for Austria