This is the list of the Czech Republic national team, a mid-sized country in Eastern Europe that is aiming to advance to the top of the table with solid soccer played by Soucek and Dalida.

Here is a page with all the information you need to know about the Czech Republic team for EURO 2020. 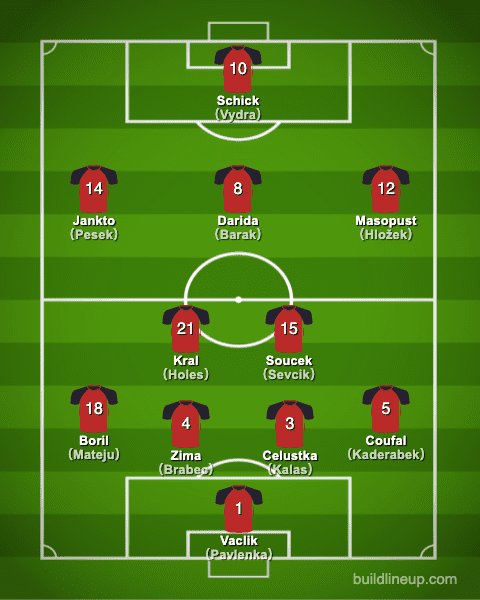 He is the captain of the team, which is undergoing a generational change and has fresh members.

He is also known as one of the hardest workers in the Bundesliga, often traveling more than 13 kilometers per game.

The strong and skillful “Czech Fellaini”

The Czech Republic’s Fellaini was a perfect fit for Moyes’ defensive style and helped West Ham to a great leap forward.

He is a box-to-box player who runs constantly for 90 minutes, but he is also very decisive, scoring 10 goals in the Premier League this season.

What the public expects is a re-creation of Baroš.

He has recovered from his move to Germany and has been a mainstay of the attack, scoring a team-leading four goals in qualifying.

What the Czech people want is a goal rush like that of Baroš, the top scorer at EURO 2004.

Most career appearances for Czech Republic

Most goals ever scored for Czech Republic