This is a list of the Italy national team members who will be aiming for the top with the 4-3-3 that Coach Mancini has consistently adopted and refined since taking office.

Here is a page with all the information you need to know about the Italy team for EURO 2020. 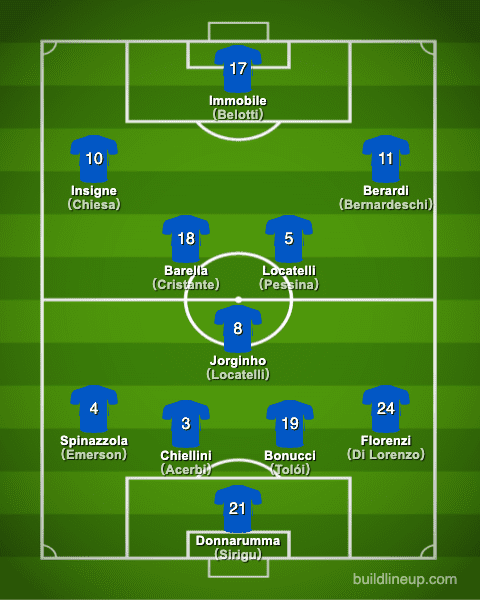 The rightful successor to Buffon

This is the first time that the Azzurri's regular goalkeeper, who easily completed the highly difficult mission of succeeding Buffon, has participated in a major tournament.

His shot-stopping skills are already among the best in the world, and he was named Milan's game captain for the second half of the season.

From the bottom of the midfield, he is the Azzurri's control tower, moving the game with precise and simple passing.

He is often overshadowed by Kante, but he can also contribute to the defense with his sharp reading, and Mancini has great confidence in him.

Napoli's captain with number 10 on his back

With the number 10 on his back, the same number worn by Baggio and Totti, he is a fantasista who plays with the opposing defenders with his small dribbles.

How well Napoli's captain can make his presence felt against the best of the best will make all the difference in the team's performance.

Most career appearances for Italy

Most goals ever scored for Italy