The following is the list of the members of the Portugal national team, the champions of the last tournament, who will try to win the championship again with more strength than in 2016 when they won the first championship.

Here is a page with all the information you need to know about the Portugal team for EURO 2020. 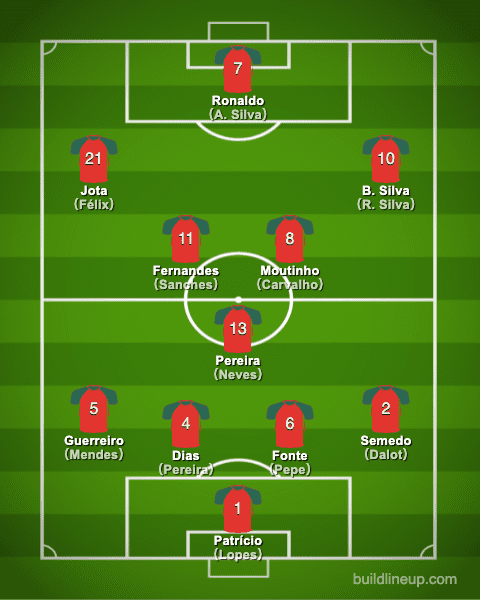 He is a big-name defender who has turned City's weak point in the final line into a strength.

He has a high level of individual ability in terms of physicality and skill with his feet, as well as the mentality to play with dignity in his first mega club. His potential is van Dijk-level.

The "King of the Red Devils" has single-handedly transformed a Man Utd team suffering from a lack of offensive intensity.

He is very active in the formation of the team, and his killer passes between the two lines and his accuracy in finishing are such that there are no weaknesses to be found.

The best player in the history of Portugal

Despite being 36 years old, he has scored 29 goals in Serie A this season. He is a superstar who has shown no signs of slowing down in his scoring skills.

With 173 appearances for the national team and 103 goals scored, he is the most important player for the team to win the EURO again.

Most career appearances for Portugal

Most goals ever scored for Portugal