This is a list of the Russia national team members who are aiming to repeat their 2008 World Cup best-eight finish.

Here is a page with all the information you need to know about the Russia team for EURO 2020. 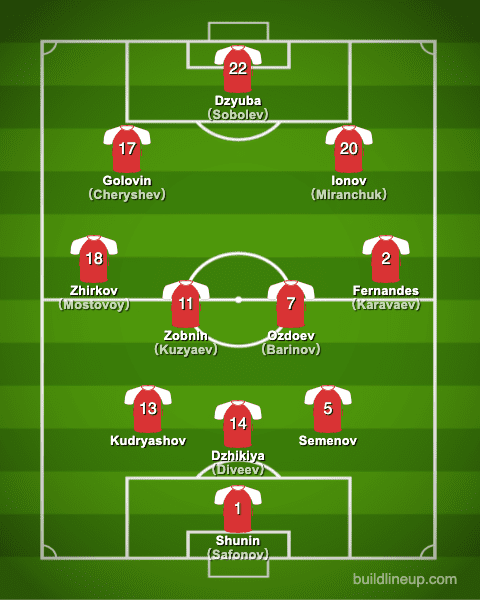 The playmaker who controls the attack.

He is a playmaker with a natural sense of soccer and can make plays that no one can predict as if they were natural.

If Russia’s best technician can exceed his abilities, a repeat of 2008, when they reached the top four, is not a dream.

A key player in the World Cup’s final eight

He scored four goals in his country’s World Cup with his amazing speed and determination. He was a key player in leading the team to its first ever top eight finish.

He has been plagued by injuries in recent years, but he has been included in the team because of his achievements. As a super sub, will he be able to give the opponents a scare?

One of the best air battlers in Europe

He is an absolute ace who not only shows unparalleled strength in the air, but also scores a lot of goals with his powerful finishing.

It would not be an exaggeration to say that the key to the team’s emergence is the performance of the target man, who is on the verge of scoring the most goals in the national team’s history (30).

Most career appearances for Russia

Most goals ever scored for Russia