Here is the list of the Slovakia national team, which is aiming to advance to the tournament for the second consecutive time by demonstrating its stubbornness after winning the playoffs.

Here is a page with all the information you need to know about the Slovakia team for EURO 2020. 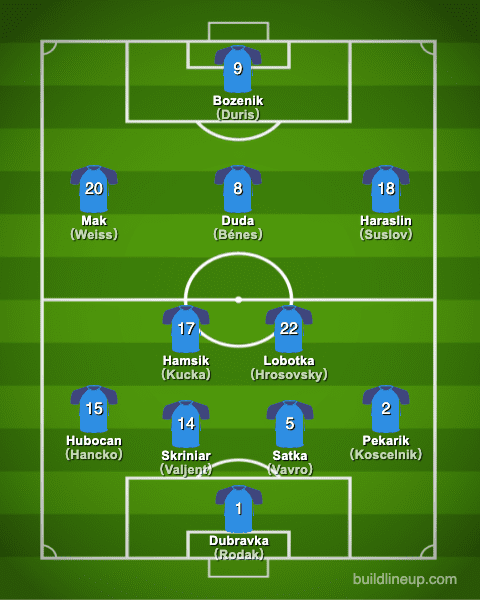 Slovakia’s world-class defender, who is unique even in Italy, a country of defenders.

He is incomparably strong in air battles and is almost unbeatable in one-on-one battles. He also has the ability to use his reading and intelligence to overcome the disadvantage of speed.

The best player in Slovak history

He has played 126 games and scored 26 goals, the most in his career. He is the best player in the history of Slovakia, and his numbers speak for themselves.

He has been away from the front line since leaving his beloved Napoli, but his technique has not diminished as he has toyed with many great players.

Along with Hamsik, he is a key player in the attack, and his high-precision midfield shots from the vital area are very attractive.

The current team is suffering from a lack of power in the front line, and if necessary, he could be used in the False 9, which has broken new ground in Köln.

Most career appearances for Slovakia

Most goals ever scored for Slovakia