Here’s the list of the Spain national team, which will be without its captain and defensive linchpin Sergio Ramos.

Here is a page with all the information you need to know about the Spain team for EURO 2020. 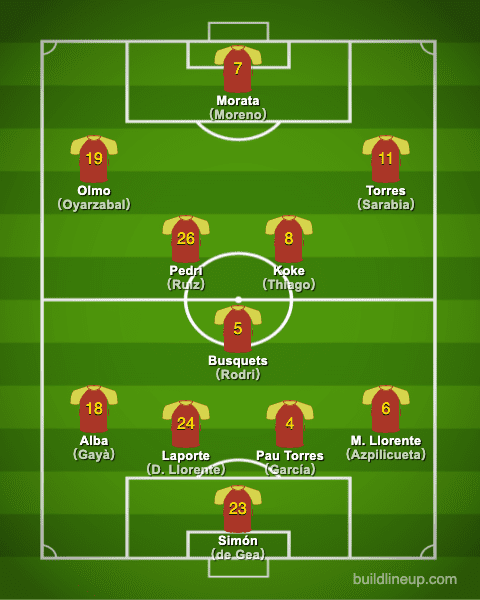 The team leader became even more important after Ramos, the captain, was not selected.

His calm ball-handling and veteran presence with 122 national team games under his belt should make him reliable on and off the pitch.

The rightful heir to Iniesta

Since his debut for the national team in March, the “successor to Iniesta” has quickly established himself as a staple at inside half.

The way he moves the ball around the field is flawless, and he and Messi combine so well that it seems as if they’ve been playing together for years.

The 21-year-old from Valencia’s lower division scored a hat-trick in the historic win over Germany to secure his place on the right wing.

His ability to break through with a combination of skill and speed is appealing, and he is also challenging for the False 9 at Man City, where he moved this season.

Most career appearances for Spain

Most goals ever scored for Spain