Here is the list of the Ukraine national team, which is aiming to advance to the final tournament for the first time by playing possession soccer under the direct guidance of the hero Shevchenko.

Here is a page with all the information you need to know about the Ukraine team for EURO 2020. 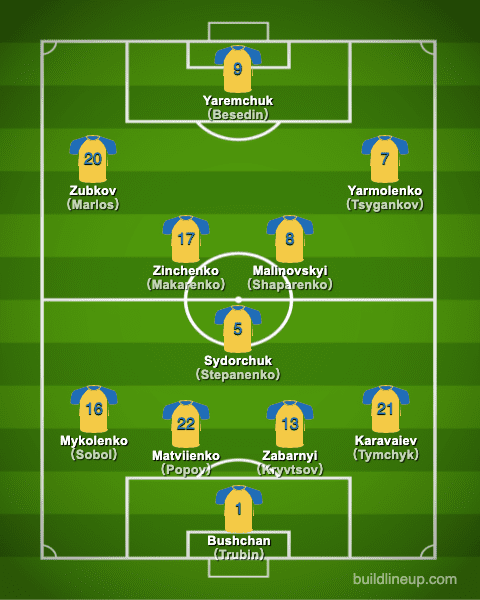 He is the only player in the current Ukrainian national team who plays for a mega club, and has been a key tactical player since March, when he was appointed captain.

At the club, he is mainly a left back, but for the national team, he has returned to his original central midfield position and functions as the core of the possession.

He is a technician who has developed into a more dangerous attacker through his time at Atalanta, which plays some of the best attacking soccer in Italy.

This season, he is the Serie A assists leader. He is one of the most important players in the team along with Zinchenko.

The winger holds the record for goals scored by a Ukrainian national team player (38), second only to his coach, Shevchenko.

His experience will be a valuable weapon in the current team, which is undergoing a generational change and is dominated by young players.

Most career appearances for Ukraine

Most goals ever scored for Ukraine