Here's a list of the members of the FIFA No. 1 ranked Belgian national team, which is aiming for its first-ever victory.

Here is a page with all the information you need to know about the Belgian team for EURO 2020. 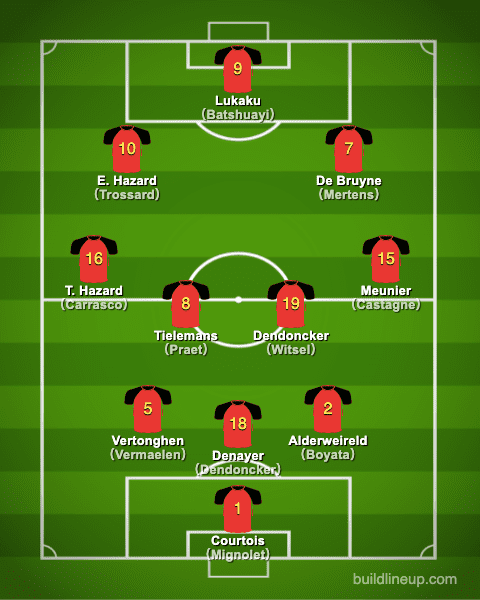 The best midfielder in the world, praised by the greats

He is one of the best midfielders in the world and a key player for Belgium to win the championship.

He is involved in a wide range of activities, from build-up to finishing, and produces goals with his superb killer passes that are unstoppable even when he knows they are coming.

We'll see how far I can get my condition back.

There is no doubt that he is the ace of Belgian history, but he has suffered from a series of injuries since his move to Madrid and has yet to show his true potential.

Will he be able to live up to the trust of coach Martinez, who decided to call him up despite his poor condition, with his best performance?

He has become the world's best CF

After his move to Inter, the unevenness of his Man Und days disappeared and he is now a number 9 alongside Lewandowski and Kane.

Most career appearances for Belgium

Most goals ever scored for Belgium