This is a list of the members of the Croatia national team, the finalists of the World Cup in Russia, which has a player base that is as good as any of the powerhouses.

Here is a page with all the information you need to know about the Croatia team for EURO 2020. 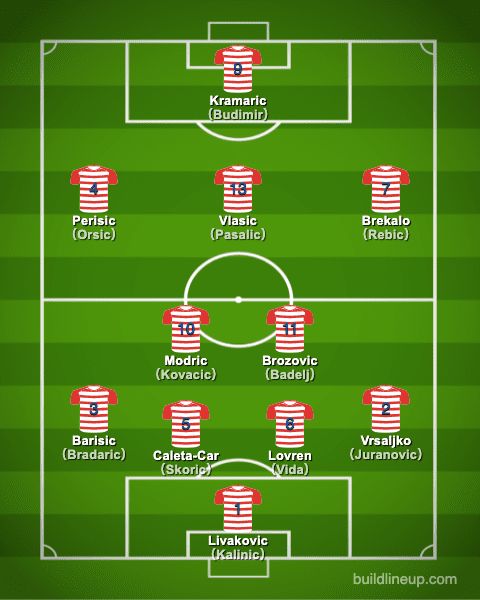 A legend with an overwhelming presence

A ballon d’ora with the flexibility and brains to adapt to any tactic, the skill to embody it, and a dominant presence in the midfield.

The captain, who broke the record for the most appearances by a Croatian national team, will take on the big stage of the EURO, which will probably be his last.

An attacker who is extremely strong on the big stage.

The winger has scored a total of 27 goals for the national team, second only to Mandzukic among active players.

After helping Bayern win the treble last season, he is now playing wing-back for Inter Milan and is still growing at the age of 30.

A breakout candidate for this year’s tournament, he has made rapid progress over the past year or two and has quickly become a mainstay of Croatia’s lineup.

He can make a difference on his own and can score and assist. He is a rare type of player in the current national team.

Most career appearances for Croatia

Most goals ever scored for Croatia