The following is a list of the England national team, which will go into the tournament with a lineup that is capable of winning the tournament, with a number of talented young players coming to the fore.

Here is a page with all the information you need to know about the England team for EURO 2020. 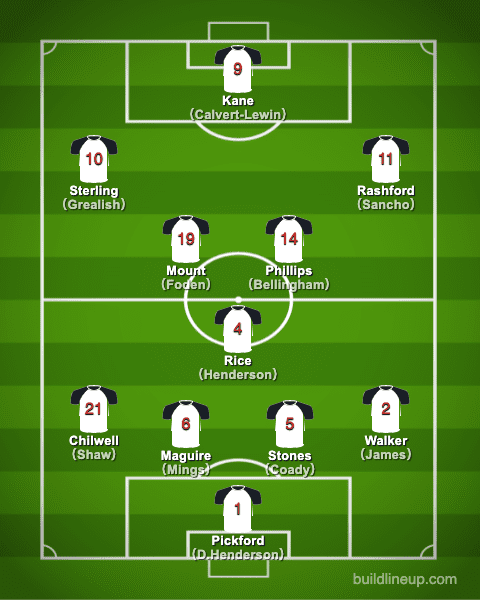 A hard worker who got out of a slump

With the ideal partner in Dias, the elegant center back helped Man City win the league championship with the fewest goals conceded.

With Pickford and Maguire in the doldrums, can they hold together a Three Lions defense that has concerns about its final line?

The Rising Star of the Cityzens dribbles from the left side and cuts in for a goal.

Although he has scored fewer goals this season, his last pass after cutting inside, his signature move, is still world class.

The ace that holds the fate of England

The superstar has scored an impressive 23 goals and 14 assists this season, making him a league MVP-level player.

The ace is also the captain of the team, and as his title suggests, he is the absolute key man who cannot be replaced.

Most career appearances for England

Most goals ever scored for England