This is a list of the members of the World Cup champions, France, who are currently in the midst of a hot topic with the return of Benzema.

Here is a page with all the information you need to know about the France team for EURO 2020. 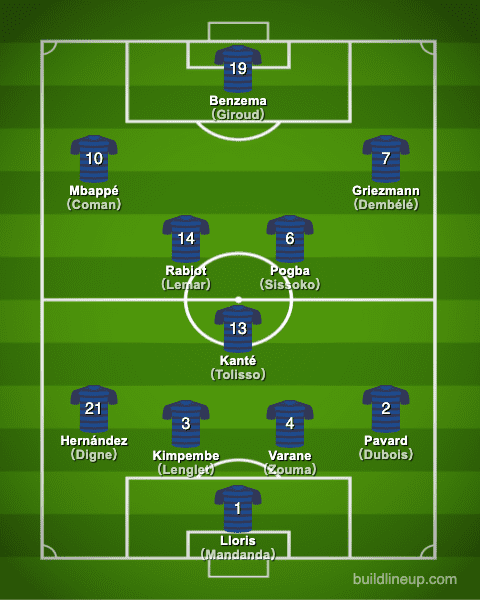 The best defensive midfielder in the world

Griezmann, Pogba, and Mbappe are the ball-hunting experts behind the World Cup-winning attackers.

Although he is now 30 years old and injuries are on the rise, his dynamism and intensity are still intact.

At the age of 19, he was a French prodigy who made a huge impact on the world by helping his country win the World Cup.

He has become even more impressive in the past year or two, with the prospect of becoming the top scorer in Ligue 1 for the third year in a row, and will enter this tournament as a true world class player.

A former ace who made a surprise comeback

The former ace returned to "Les Bleus" (the national team's nickname) after a five-and-a-half year absence since being ousted in 2015.

With the addition of the last piece of the puzzle to the squad, who not only scores goals but also knows how to make the most of his surroundings, it seems that the double of EURO and World Cup is much closer.

Most career appearances for France

Most goals ever scored for France