Here is the list of the Netherlands national team, which is aiming to reach the top for the first time since 1988, after the disappointment of losing in the last qualifying round.

Here is a page with all the information you need to know about the Netherlands team for EURO 2020. 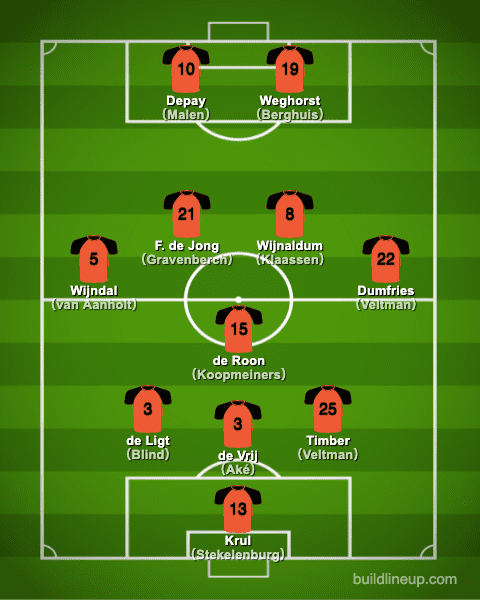 A new defensive leader whose true value is required

He is a young defensive leader with an overly ideal growth curve as a player and is on the verge of becoming a super world class player.

His partner and captain, van Dijk, was not ready for the tournament. It is no exaggeration to say that the final line of the Dutch team was entrusted to this young warrior.

The best number 5 in modern soccer

He is one of the best playmakers of the modern era, with his ball skills, ability to get to the front and utility as a midfielder.

Will he be able to show the same exquisite harmony with Messi and Pedri that he has shown at his club Barcelona on the big stage of the EURO?

An ace who has made a full recovery

Three years after his setback at Man Utd, the Lyon captain has made a full recovery to the point where he is once again rumored to be going to the mega club.

His skill to make a difference and his shooting ability are outstanding among the members of the team, and he will be expected to score the decisive goal as the ace in this tournament.

Most career appearances for Netherlands

Most goals ever scored for Netherlands