This is the list of the Poland national team, which is aiming to advance to the top of the EURO table with Lewandowski, who scored over 40 goals in the Bundesliga.

Here is a page with all the information you need to know about the Poland team for EURO 2020. 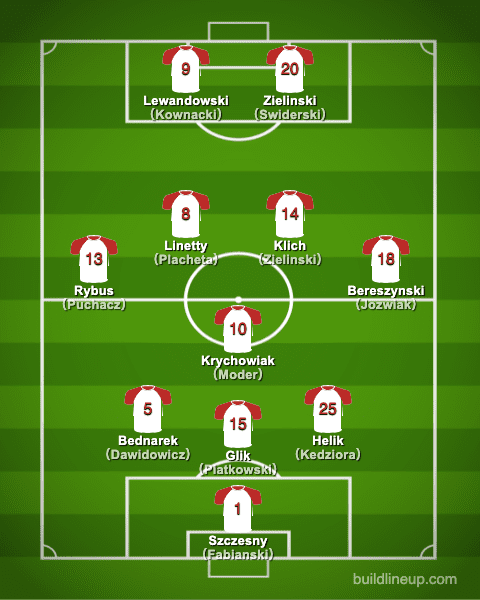 One of the top ten goalkeepers in the world

One of the top ten goalkeeping nations in the world, Poland’s official guardian god.

He has handled the difficult mission of succeeding Buffon with ease, and as the years have gone by, he has refined his sense of stability, which has been an issue for him.

A key player alongside Lewandowski

A playmaker who is becoming as important or more important force than the veteran Krychowiak.

This season, he has become a fixture in the top half of the lineup, and his scoring ability has blossomed to a career-high eight goals. Will he be able to translate his strong performance at the club to the national team?

The best center forward in the world

41 Bundesliga goals this season. The best active CF in the world, breaking Gerd Muller’s record for the first time in almost half a century.

Some players become a different person between club and national team, but this is not the case for the Bavarian ace. If the team finishes in the top half of the table, he could be the EURO top scorer.

Most career appearances for Poland

Most goals ever scored for Poland