Here is the list of the Sweden national team, whose young talent, such as Kulusevski and Isak, will be the key to their success.

Here is a page with all the information you need to know about the Sweden team for EURO 2020. 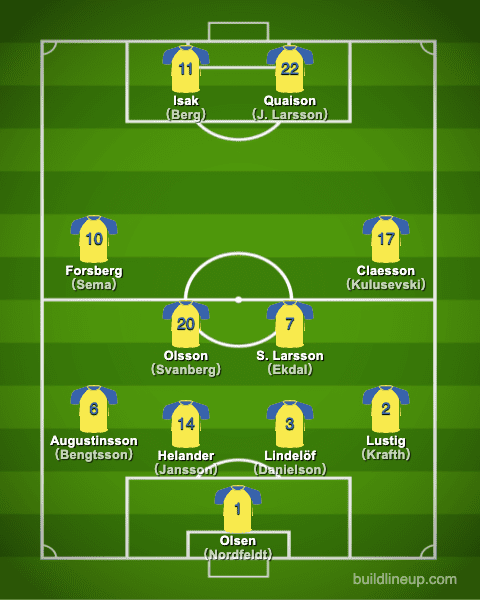 One of the leaders who inspires the team

Although he is behind in the speed game, he is the cornerstone of the Swedish defense with his calm defense and skill with his feet like a central midfielder.

He is one of the leaders who inspires the team with his voice, both at club and national level, and is also available at the side back in case of emergency.

He is a fantasista who plays number 10 for both Leipzig and Sweden.

Despite his unevenness due to his genius, when he is in good form, he is able to make a series of through passes that can decide the game.

At 190cm tall, the “Ibrahimovic II” has explosive speed and flexible technique.

This season, he has scored 16 goals, including six in a row, and has improved his decision-making ability. Will he be able to take advantage of this great opportunity to make his name known around the world?

Most career appearances for Sweden

Most goals ever scored for Sweden