Here is the list of the North Macedonia team, which is making its first appearance in the tournament but is gaining momentum after defeating Germany in March.

Here is a page with all the information you need to know about the North Macedonia team for EURO 2020. 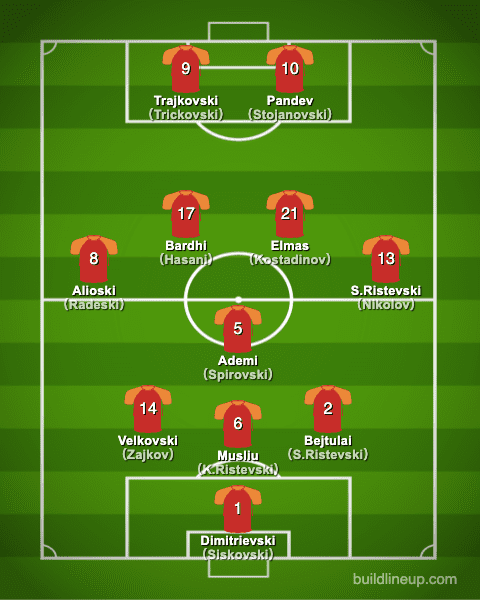 He is a multi-talented player who can dribble, pass the ball long or short, and work hard.

In the qualifying round, he started all ten games and scored the team's top four goals. He is a versatile midfielder who can handle a wide range of tasks from setting up to finishing.

One of the best FK players in La Liga

He is one of the best FK players in La Liga, who combines speed and accuracy to strike a powerful blow into the goal.

In this tournament, where he will not have many chances, he will be able to rely on his set pieces, which are not limited by tactics or technique.

The best player in the history of Northern Macedonia

The living legend who contributed to Inter's triple crown and scored the final goal that led the country to its first ever appearance in the tournament, will take on his first big stage.

Most career appearances for North Macedonia